The modelling industry has been in constant evolution over the past fifteen years, and the advent of the Internet has played a significant role in linking modellers from all corners of the globe.
Traditional print media needs to evolve along with the hobby and no other magazine is more aware of this fact than Military Modelcraft International. In the past three years, MMI has managed not only to reinvent its print personality, reaching new standards in print quality, design and writing, but has also established itself as the world's fastest-growing and most exciting armour modelling magazine.
What's more it has also established itself as a serious on-line social media presence as well.Military Modelcraft International boasts over 63,000 fans on Facebook. Reaching in excess of 80,000 individuals per week through Facebook, MMI can provide massive exposure to your products and services.

With a reputation for quality and a team of highly talented international modellers, including the likes of Anthony Guarderas, Ken Abrams and Luciano Rodriguez, contributing top-quality builds and reviews, MMI offers the ideal marketing solution by combining the best that traditional print media has to offer with the progressive nature of the Internet experience. 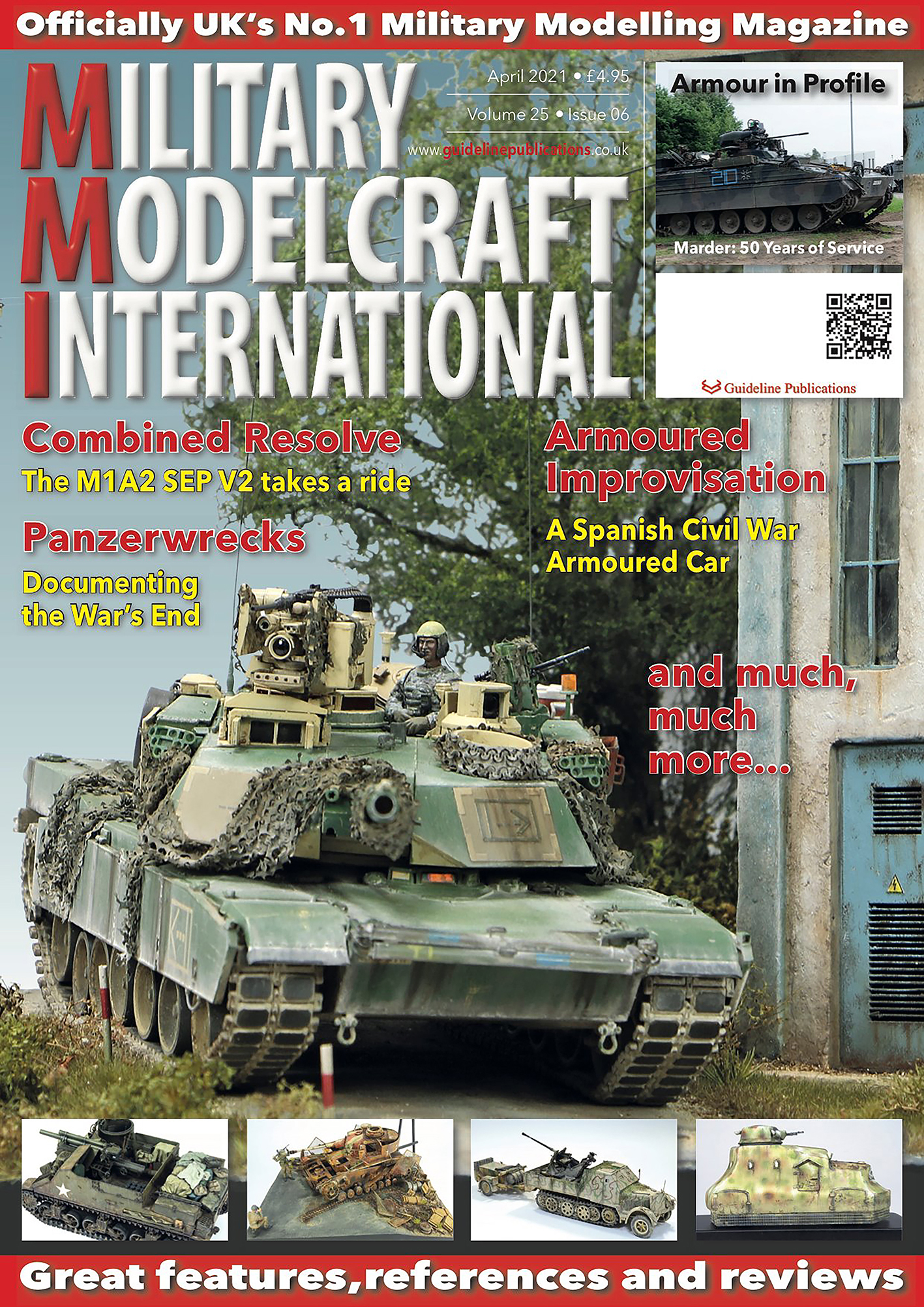 As well as exclusive, quality modelling content, MMI features research-based reference articles.
Drawing on our team of experts, each month we bring you our Armour in Profile feature, looking at the development and history of a particular armoured fighting vehicle or unit. Illustrated with archival photographs and exclusive colour profiles, these build up into a unique reference resource that you'll want to refer to time and time again. Similarly, our Armour in Action feature includes walkarounds of real vehicles and reports from military exercises and parades from across the world.

MMI is also number for news and reviews, bringing you indepth box reviews and 'on-the-bench' builds of newly released kits and listings of the latest products from manufacturers big and small. Illustrated throughout with the crystal clear photography and accessible step-by-step features, MMI is the indispensable monthly magazine for all military modellers.