BRISTOL SCOUT Â  by Matthew Willis
One of the great unsung keystones in the development of aerial combat, the Bristol Scout was originally designed as a racing aircraft. It was used by the RNAS and the RFC as a 'scout', or fast reconnaissance machine, and was one of the first single-seaters to be used as a fighter aircraft.

Designed in the second half of 1913 the first flight was made at Larkhill on 23 February the following year after which it was exhibited at the March 1914 Aero Show at Olympia in London. It was evaluated by the British military in May 1914 at Farnborough and its period of service saw great leaps forward in the design and tactical usage of fighter aircraft, and many of the earliest attempts to perfect forward-firing guns were tested in action using Bristol Scouts.

An RNAS Scout was the first landplane to be flown from a ship, when Flt.Cdr. B.F Fowler flew No. 1255 from the flying deck of the seaplane carrier HMS Vindex on 3 November 1915. The aircraft saw service in both Europe and the Middle East but by mid-1916 was largely relegated to training units.
This latest book in the Warpaint series covers the aircraft comprehensively, with an impressive historical text, and a selection of photographs that will be essential for any modeller considering a project.

Author Matthew Willis is well-known for his authoritative books on classic British aircraft, and we are particularly pleased to add this follow-up to his earlier volume on the Sopwith Pup to the series.
Artwork is by John Fox 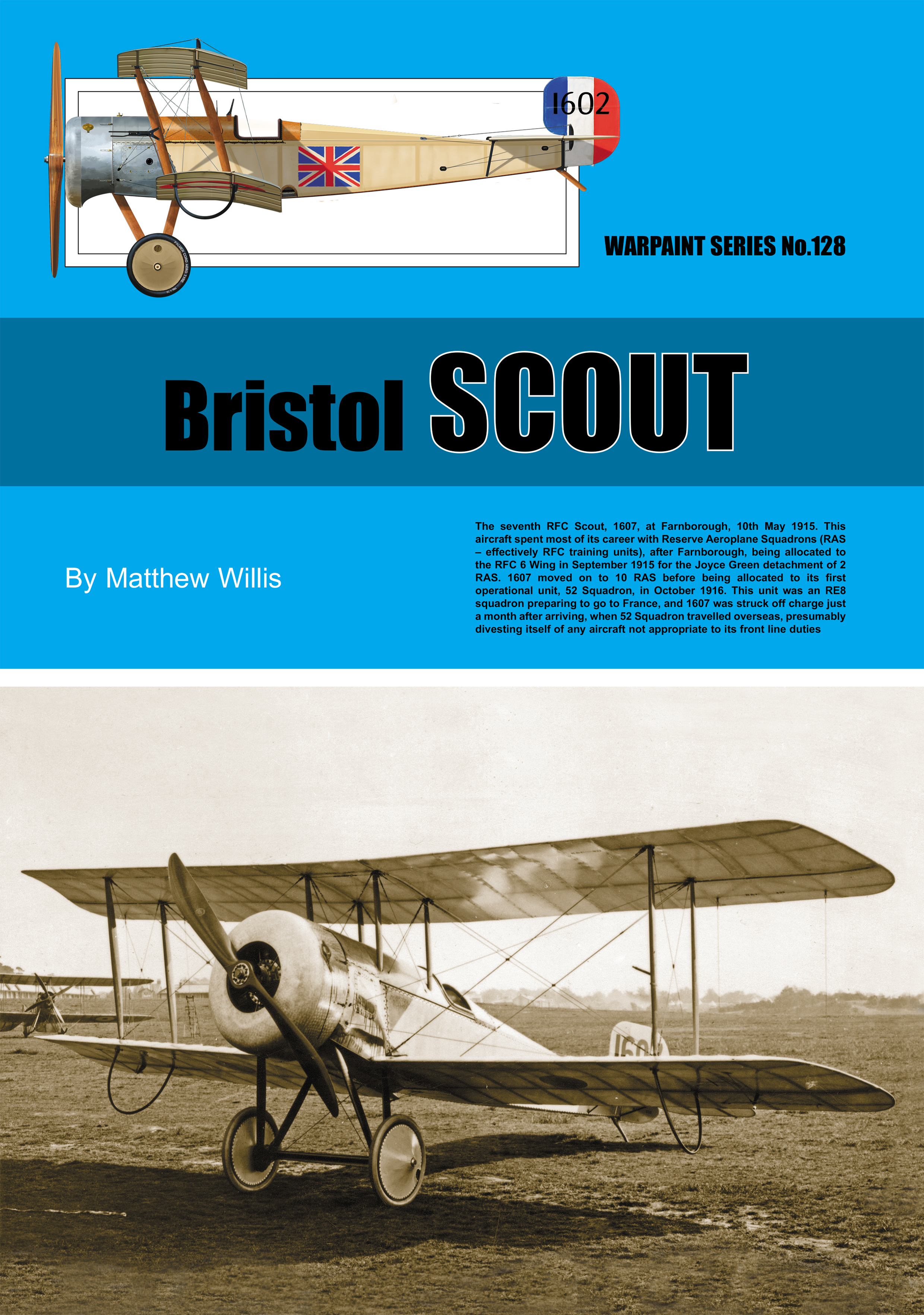